Code Geass since its inception had led to many spinoff stories. Most are familiar or at least have heard of Akito the Exiled and Oz of the Reflection. I don’t see many people discussing today’s topic Renya of Darkness.

This Manga is Code Geass’s version of a typical Shonen action-adventure story. It takes place in the 1860s during the Edo period of Japan. For those that are curious here’s the original timeline:

Code Geass is a unique anime in terms of its genre. It never appeared in Shonen Jump magazine so it’s not a Shonen at least if you go by that definition. Actually, it was originally an anime with no source material. Even the manga version that came out later appeared in a Shojo magazine, so is Code Geass a Shojo? The answer is not that obvious. Code Geass shares different aspects from many anime genres.

Lelouch of the Rebellion was political, drama, mech anime with Shonen elements. So, having a Shonen story is not unreasonable although it mostly did not work for me more on that later.

Since this story is a prequel to the event of Lelouch of the Rebellion discussing it has been a long time coming. While it’s not my favorite addition to the Code Geass universe I can’t deny what it contributes makes it a worthy read and has engaging characters.

This review will contain massive spoilers so read the mange first before reading my review unless you don’t care.

With this preamble out of the way let’s take a get a cursed arm, fight Lelouch’s brother from another mother, meet Gino’s and Kaguya’s grandparents and get more time with everyone’s favorite wifu C.C.

This is my Renya of Darkness Review.

I also recently uploaded a video version of this article if you’re interested.

The Story of Renya of Darkness

The plot of Renya of Darkness

Since not everyone is familiar with the plot of Renya of Darkness let me summarize it for you. After the heir to the throne Basilio died, Britannia went into chaos with many factions fighting for control. You have the purist faction led by Richard, those loyal to the imperial family, and Lorenzo Soresi. I am pretty sure he’s not related to Kewell or Marika.

Lorenzo wants to rule Britannia and he plans to do so by finding a possible heir to the throne. Once he finds he will use his Geass to manipulate her. His Geass power can read into people’s minds and use illusions to manipulate them. To find the heir he works with Alto Weinberg, Dash, and C.C. Alto works with Lorenzo in exchange he will free his family and restore their honor. Dash joins him so he will make a world where KMs and people can live together in peace. Dash in secret helps him to retrieve the stone that the heir has.

I am not sure why C.C. was sent with Alto and Dash. Dash enlists the help of one of his fellow KMs Isshin and his mercenaries. He also sent Mesh a powerful wind KM to capture the heir once Alto finds her. After capturing her Mesh would rejoin Water Boy another KM and together they would travel back to Dash in a boat.

Isshin travels to the Forgotten Village where the heir is rumored to be. We later learn she was there because it was to escape the chaos that occurred after Basilio’s death. Now Renya and many others who were on the losing side of war also fled to this village. Renya was attending school as well as training to fight. During one of his training sessions, Isshin attacks the village.

His teacher uses Sakuradite stones to blow himself up and kill Isshin at the same time. Renya has knocked out afterwards and his friends surrender themselves to the mercenaries to protect him. Clara even gives Renya the same stone that Dash was seeking. Unfortunately, since Isshin is KM he survives the explosion and Renya observes this when he awakens. 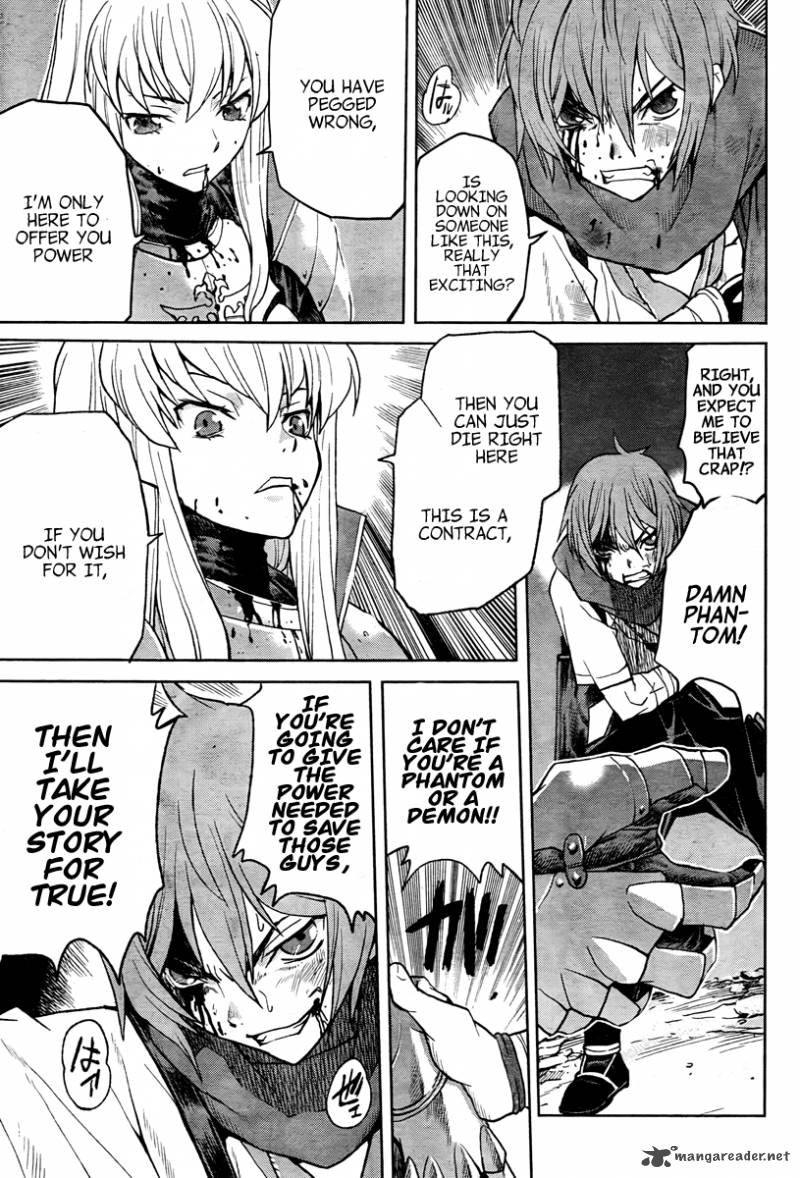 Renya sees a woman in armor that we saw earlier and immediately throws a knife at her. Her helmet comes off revealing it to be the immortal witch C.C. She offers Renya a Geass contract and he accepts it despite being initially hesitant. Before she can seal the deal Dash’s trap activates and prevents Renya from getting a contract.

Dash created this trap when he encountered Renya as a child. So Renya instead receives a cursed arm and during his fight against Isshin, it’s revealed. Isshin cuts off Renya’s arm and the cursed arm replaces it. Renya uses the power of the arm to drain the life force of Isshin and heads to save his friends.

Renya’s friends meet Alto Weinberg who is disgusted by the unnecessary killing of the villagers. When one of his friends Misuzu demands that the killing stops Alto makes a deal with them. If one of them dies they can all leave. Clara decides to kill herself to save her friends but tries to trick Alto and stab him. Alto easily stops her and removes her wig revealing her to be Clair li Britannia the heir to Britannia.

Renya arrives at the same time this happens and wants to save Clara. Naturally, he opposes Alto and challenges him to a fight and during this fight the annoying mercenaries are killed in the process. The fight ends with Mesh interfering and capturing Clara.

With nowhere to go and the army approaching Renya and his friends decide to team up with C.C. and Alto to save Clair. During their journey, they run into Futaba Summeragi Kaguya’s great, great, great, grandmother. Futaba seeks revenge for brother in law Isshin she wants Renya dead. Futaba fails to kill Renya and makes a fool of herself and runs away.

She has an audience with Mesh to ask for his help to defeat Renya. Mesh rejects this offer and instead imprisons her along with Clair. Renya and Alto head to the same village and successful draw out Mesh to fight them. During the fight, Futaba escapes and saves Clair in the process. As the fight continues Mesh realizes that he’s at risk of losing so he flees from the battle.

The entire group reunites and to prevent Mesh from coming back to grab Clair Renya heads out to finish Mesh. Renya went with the intention to die and almost did if Alto had not shown up to save him. 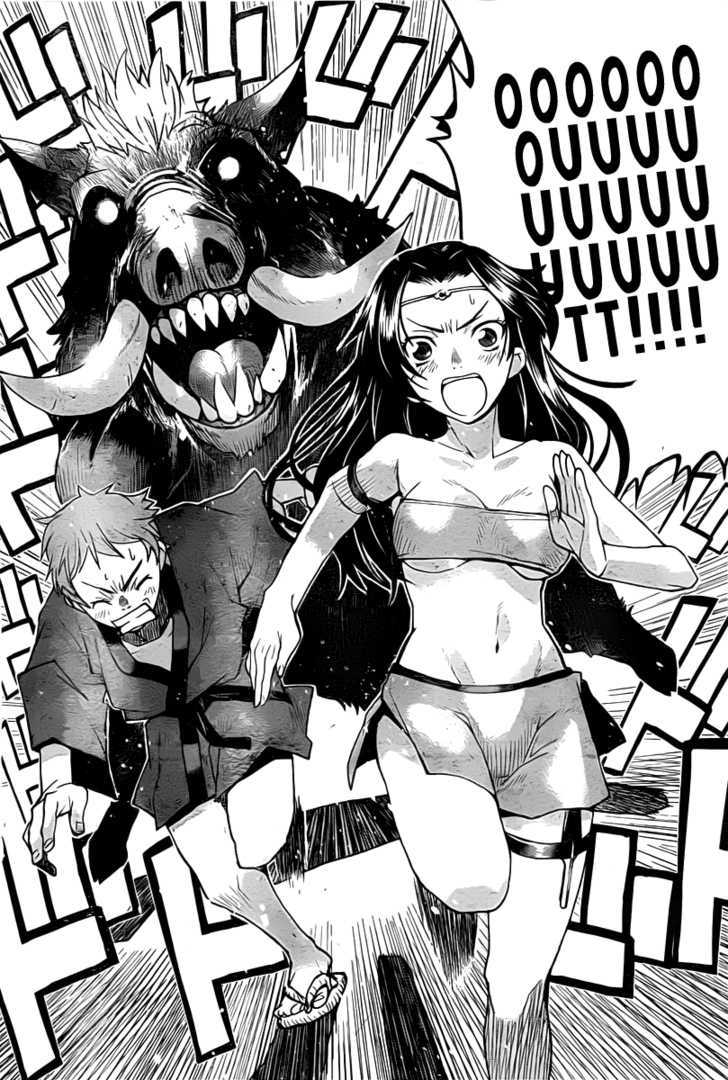 One of the promotional images for Code Geass Akito the Exiled.

Renya returns back from killing Mesh and decides to help Alto safely escort Clair back to Britannia. His friends naturally join him and C.C. stays to find out what Dash is up to.

Here’s a quick list of the major parts of Renya of Darkness.

That’s the setup for the story let’s move on to the characters.

The Characters in Renya of Darkness

Renya just Renya gives up the rest of his identity, had a rough childhood. His father was a traitor and thanks to Dash he was not killed for the same crime. Dash gave him a power that manifested itself right before his Geass power could be awakened. This is the source of his cursed arm.

The arm is Renya’s primary source of power and trump card in his fights. He is the main protagonist of the story (duh it’s called Renya for a reason). He shares the usual traits including being bad at his studies but excellent in a fight, hot-headed, focused on helping his friends, and progresses through convenient power-ups.

I did not think much of Renya after finishing Renya of Darkness the first time. He seemed like a boring reactionary character with little to no substance. On subsequent re-reads, that opinion has been changed but not dramatically. I still find him to be too reactionary but his motivations go simply beyond wanting to save his friends and defeat people in battle.

Renya focuses on the future and wants proof that he ever existed. It’s his primary reason for living. Growing up abandoned with no parents does that to you. C.C. was aware of this which is why she tried to give him a contact, to begin with. His personality is very typical of what you see in Shonen.

No matter the odds Renya will jump headfirst into battle to protect those he cares about even if it costs him his life. His beliefs are unshakable even Dash a very charismatic man could not convince Renya to join him. But Most of the time Renya is very relaxed and fun to be around. He’s no stranger to making jokes and having a good time. That’s when he is not focused on killing people with his arm.