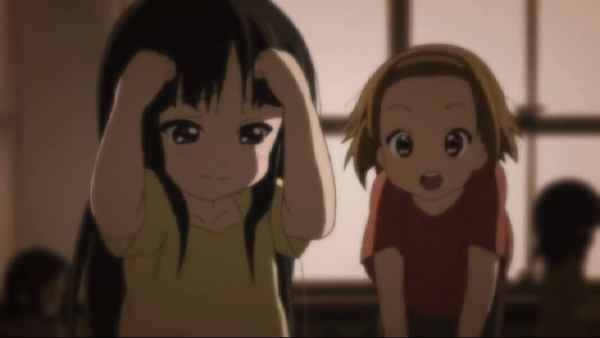 K-ON Season 1 is the first season of the most famous MOE anime to ever exist. Is it just an anime about cute girls doing cute things or is it more than just that. Read on to find out.

Friendship| Enjoying the Moments | Growing Up| Being Yourself | Having Fun

K-ON! is a simple story about four girls that join the Light Music Club and start a ban. Each character has a different reason why they join.

From this point on in the season, the girls start hanging out in the music room for each club session.

One of the main issues the girls have is constant distractions that prevent them from practicing.

I can relate to this as this was I problem that I had in both college and high school.

Friends are great but can serve as a major distraction.

This season focuses on the girls getting started with this club and becoming a band.

Yui has the most work to do because she needs to get her grades up while learning Guitar.

I forgot to mention that she does not even have a guitar so it’s another hurdle to get over.

K-ON for me is really great to show to watch when I am feeling down. It’s one of those shows that where even the depressed of people would smile after watching it.

I enjoyed the bonding moments that these characters go through the season.

It’s not always for the right reasons but as Mio points out it’s having these moments with the club is what makes it fun for her.

Do not let the simple MOE stuff fool you this series has depth to it. Not on the level of major Shounen or Seinen but really good messages about life.

If you want some great MOE anime and watch something fun and adorable K-On Season 1 is for you.

Common Answers to Important Questions about this K-ON Season 1

The art style is very typical of Kyoto Animation at the time this anime came out. I personally enjoy Kyoto’s MOE style that has bee used in Clannad, The melancholy of Haruhi Suzumiya, Tamako Market, and Hyouka.
The art style works for me because it makes the characters adorable but it never goes overboard with it. There is great attention to detail in each scene. For example whenever it rains the light that enters a room darkness a little. In this series when it rains the club room darkness in that same way. It is very subtitle but a nice detail that does not go unnoticed.

Unless you count girls goofing off or playing a band there is no action in this one. Most of the time the girls are either practicing together or goofing off while drinking tea. They do some activities from time to time besides that but nothing that I would classify as action.

There is no romance in this anime.

How much lewd fan service is in this anime and please describe the nature of it?

Since this show focuses on cute girls that content does not exist in this anime aside from one scene. When the band members go to the beach to practice. Mio goes out to join them in her bikini. Now all of the other girls are flat which makes sense they just started high school. But Mio has a little bust and the girls react to it.

That’s all you get in this one and if you wanted more I respectfully ask what the heck is wrong with you.

The story focuses more on the activities the girls do and so much on any given discussion so I would not call this a heavy dialogue show.

Very simple in fact this about as simple as it can get without it becoming too boring. You can multitask while watching this one. But despite the simple story, there are nice lessons you can learn from the series.

I do all the time it’s one of the best anime to watch when I feel down.

If you go into this anime with the understanding that it’s not the next “insert your favorite anime here”. It’s a simple slice of life anime about girls in situations that will make you happy.

So with that in mind, I loved the series. I understand the complains but again you have to remember what this show is and what it is not. 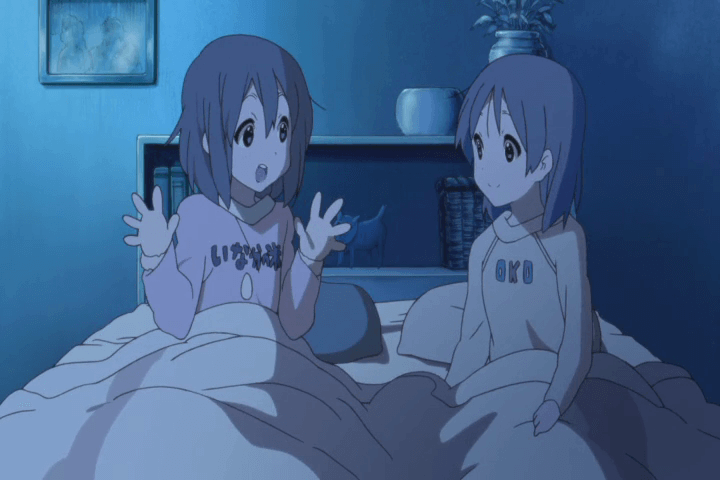 Do I need to watch Code Geass Akito the Exiled? You might be asking the same question yourself. Well, in this article I break the OVA down so you can decide.

Don’t Be Sad That It’s Over Be Happy That It Happened. K-On Season 2 Review

K-ON Season 2 is the second and concluding series. How does this season compare to the first and what should you expect? Read on to find out.

Get The Rundown #13 Code Geass: Lelouch of the Re;surrection

As a fan, I have waited over 10 years for a "sequel" and Lelouch of the Resurrection is the film we got. Let's find out how the film was and if Code Geass Fans should give it a watch.