Get The Run Down #2 The Visions of Escaflowne

Older animes fans harken to the time when anime was hand-drawn versus computer-generated anime.

This brings me to today’s topic Escaflowne an old anime from the ’90s that is the definition of a hand-drawn anime.

Escaflowne came into my life during the Fox Kids days.

It was one of many anime they were airing.

Imagine being your childhood, you have been watching the epicness that is Digimon. You think that is the best anime has to offer, then it happens, during the commercials you see an ad for a show called Escaflowne. 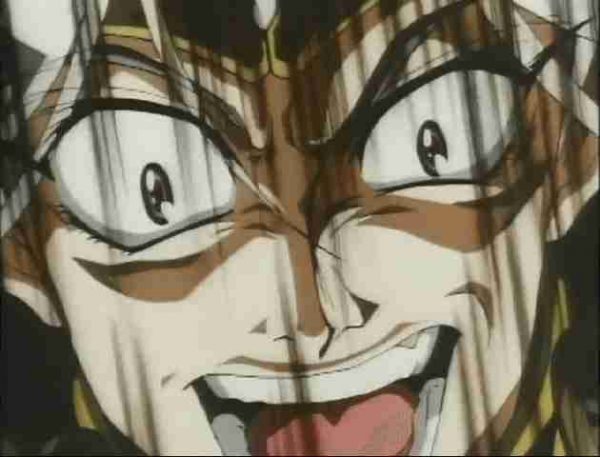 This was my fondest childhood memory of Escaflowne

I make it a tradition to re-watch this show every year.

The most recent viewing has not changed my view of this class.

My goal is to discuss this anime and convince you that it is worth your time to check it out. Much like other Get the Run Downs the review will dive into all the elements of the show.

This review will contain general things from the show.

Expect all spoilers from the first five episodes only. Nothing spoiled from those episodes will ruin the watching experience.

There are Many People to Thank for Escaflowne’s Creation

and would later compose music for:

composed the music for Escaflowne. (Drazen 291)

She also provided the voice of Hitomi.

Escaflowne is unique in that it had four different iterations

There was no defined demographic for Escaflowne. As a result, two versions came out.

One version had Hitomi as a girl with long hair, glasses, and a very feminine body.

The other had Hitomi as a thin girl with short hair and a runner.

The anime based its version on the second take on Hitomi.

Akane was in charge of the creation of the second version of the manga (Drazen 292).

There is a movie called A Girl in Gaea which is a different telling of Escaflowne.

All the characters are older and do not share the same traits as they did in the show.
After watching the show I jumped into the movie.
Confusion took hold as this Gaea seemed much different than what I knew.
The only recognizable things were the existence of the characters and that hearing Dance of the Curse.
For many, this is why the movie was not well received by the fans.
So, there were two mangas in production, the movie, and the show.
The production of the show and manga happened simultaneously which is not uncommon (Drazen 292).

More Facts about the show

Escaflowne was originally going to 39 episodes in length but was later shortened to 26 episodes. Also on Fox Kids, there was an English dubbed version airing. This was a typical anime for kids dubbed anime. It contained heavy flashbacks and a terrible replacement soundtrack for the current one. Thankfully the show’s ratings were so bad that Fox Kids canceled it after nine episodes.

Escaflowne’s main genre is a shojo because it follows the journey of a young girl. What made Escaflowne unique is that it also has mech battles and action sequences. These aspects also make it for boys. It would not be inaccurate to call Escaflowne a crossover show.

The Visions of Escaflowne debuted in 1996.

Now that you know some brief history of Escaflowne, let’s discuss the show 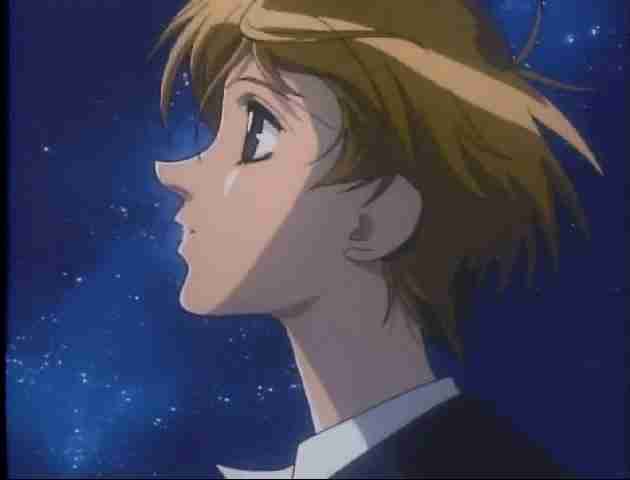 The Story So far

Hitomi a 15-year-old junior high school student has two passions running and fortune-telling. She has a crush on another track athlete name Amano. While in the nurses’ office Hitomi shows the audience and Amano a pendant that swings in one-second increments.

Hitomi requests that Amano test her speed before he leaves with the stakes being a kiss if she can do it.

During Hitomi’s run, a light from the heavens appears in front of her. A boy with traditional medieval armor and weapons and dragon appear from the light. Von who is the boy kills the dragon and takes its heart. The light reappeared and this time both Von and Hitomi traveled back to wherever Von came from. 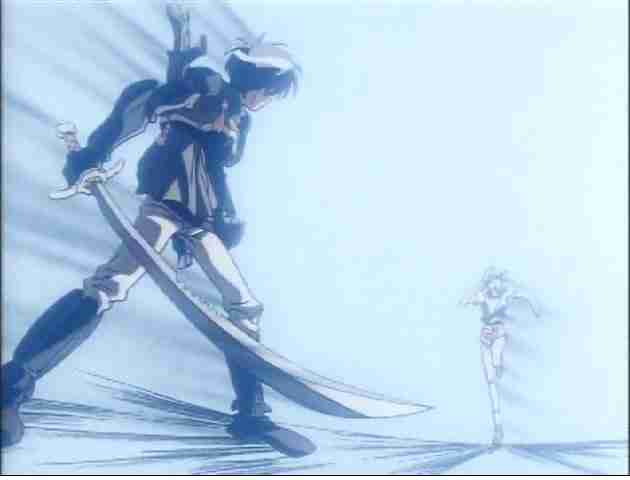 The story takes place in two locations modern japan on earth and in the world of Gaea. Gaea world takes place in an alternate version of the medieval period. It contains medieval versions of modern equipment. It’s basically a steampunk or medieval punk (a friend came up with that name).

There are also anthropomorphic creatures that live Gaea such as Merle who is a cat and Von’s companion. 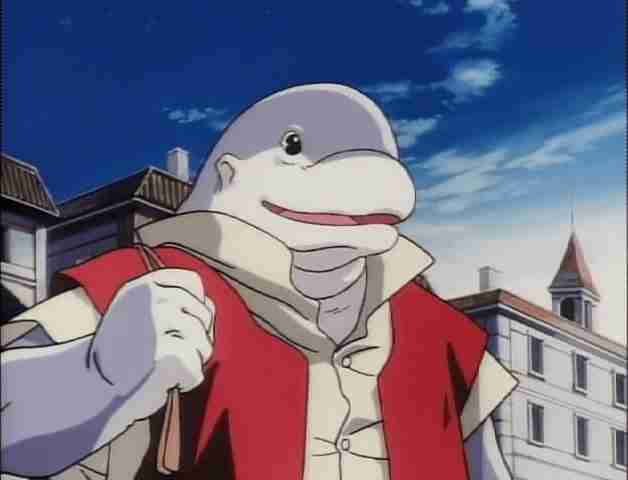 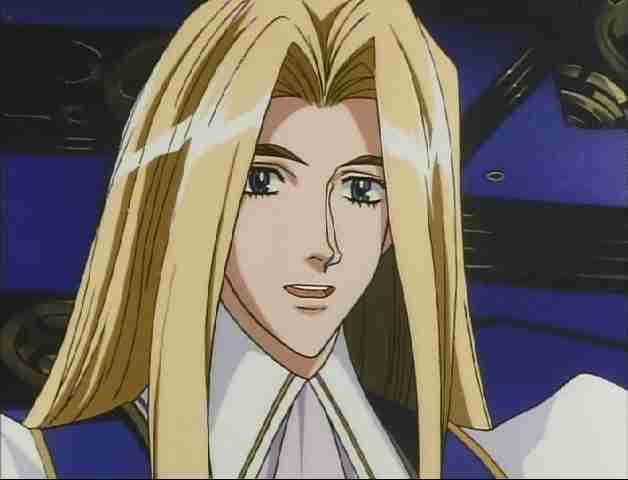 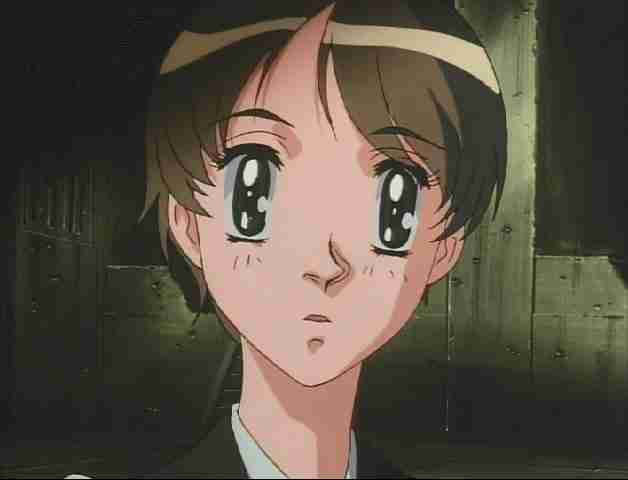 Allen Schezar is the lone knight from Austria and a lady killer. He is a pilot of the Guymelef called Scherazade and commands the flying ship known as the Crusade and her crew.

Von Fanelia is the new king of Fanelia and pilot of the Escaflowne. He seeks revenge for his kingdom’s destruction at the hands of the Zaibach army. Despite his desire to fight, Von is a good person at heart.

Hitomi Kanzaki is a junior high school student who is a member of the track team and an amateur fortune teller.

In Gaea Hitomi is able to accurately predict the future through tarot cards and visions. She assists Von in combat by pointing out where the invisible Guymelefs are and teaches Von to do the same.

Hitomi narrates the story through her experiences. 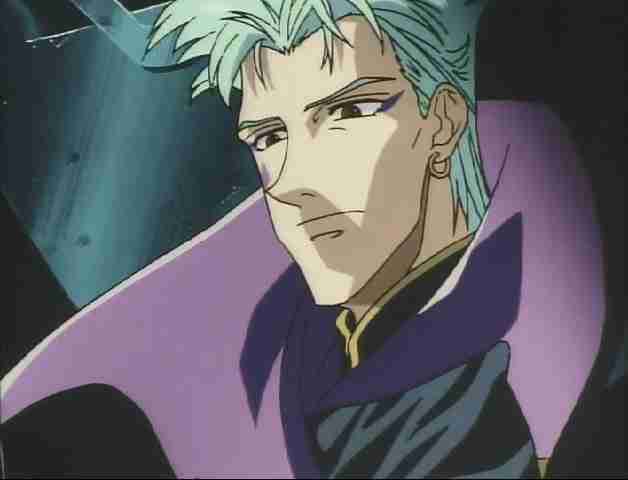 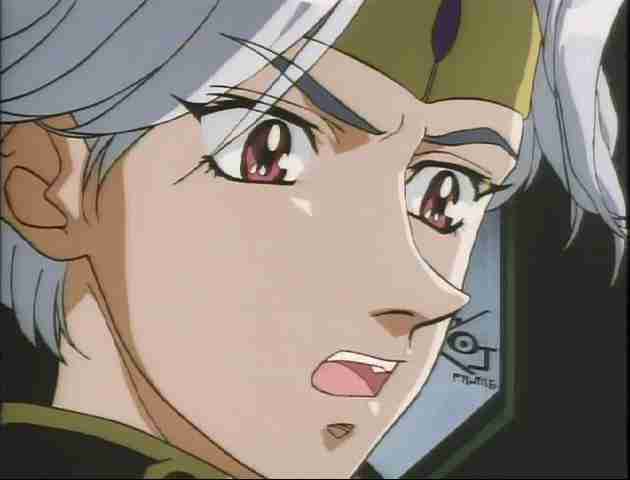