Get the Run Down # 9 Fushigi Yuugi 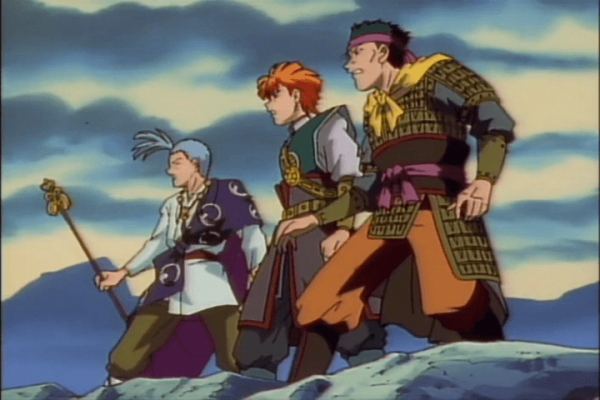 One of the great classic Isekai Fushigi Yuugi is an amazing love story. But is this old anime worth watching? Let’s find out by diving into this 90’s gem.

Being True to Oneself

Isekai is an anime genre where the main character travels to another world and often serves as that world’s savior or hero.

In Fushigi Yuugi, our main protagonist Miaka a middle school student along with her friend Yui stumbles on a book in the library called the “Universe of the Four Gods”.

They then get transported to the land of Konan which is one of the four countries in this world.

This is the Isekai part of this anime but continuing on with the plot.

Miaka and Yui are attacked by bandits only to be saved by Tamahome an unknown handsome man.

Before Yui is able to continue traveling with both Miaka and Tamahome she travels back to her own world leaving Miaka in this strange land.

After an audience with Hotohori Miaka is revealed to be the priestess of Suzaku.

She learns that there are seven warriors and they all must be gathered by the priestess of Suzaki in order to grant the priestess’s wishes.

Miaka with this in mind starts on her journey to find the seven warriors. Lucky for her Tamahome, Hotohori, and Niroka a servant of Hotohori are all Suzaku warriors.

This leaves only four to find and Tamahome and Niroka go with Miaka.

Not everyone is okay with the idea of Miaka gathering the warriors of Suzaku.

Since only one of the four countries can get an opportunity to get their wishes granted, this leads to a conflict between the two groups.

The anime is definitely dated for its time since it was made in the 90s. But I watched last year and was able to look past it.

The story and characters are so good that it does not matter how old the animation is.

I kept watching this series for three reasons.

The romance in this story has many triangles and the conflicts that arise that are interesting and kept my focus.

I felt like I was going on an adventure with these characters. Which made it all sadder at the end. Thankfully they are OVAs to watch after the anime ends.

There is a reason why this anime is up there on my top anime list.

If you enjoy Iseaki anime and romances watch Fushigi Yuugi.

Looking past the art style and dated comedy will allow you to enjoy this greatly underappreciated anime.

The art style is your typical 90’s anime look. Fushigi Yuugi does not stand out with its style. As long as you can tolerate the 90’s hand-drawn anime it will not be a distraction.

The Suzaku seven are constantly in conflict with the Seiryuu Seven thus fighting occurs in show. The majority of the action sequences are similar to Sailor Moon. In that anime the character who be shown about to attack and in the next scene you would see the attack hit the target.

There are a few instances where the action scenes have an uncut fight between different characters.

Besides that, you get many scenes of the two groups using their powers in a wide range of scenarios.

While this show does compare to the action of DBZ you might some moments that share aspects to it.

There are several scenes where both Miaka (15 years old) and Yui (15 years old) are naked. There are only a few times where it’s frontal nudity. But the scenes are not there to get your attention or to purpose give you lewd thoughts. The nudity makes sense in context much like in Sailor Moon where Serena was fully naked when fighting Sailor Galaxia.

A large portion of this anime is Miaka having your typical love dubby conversations with Tamahome. Things like “I love Tamahome” or “I am not sure if this can work” etc. These conversations are not the main part of the story. The ones that you need to pay attention to is when the smarter characters explain what is going on.

On the service level, the plot is easy to understand. It does get complicated when certain events occur. The ending may cause you to have to look up what happened.

Yes but not often it is over 40 episodes.

This anime is one of my favorites of all time. I loved it so much that I watched the three OVAs that continue the story. Not many people love classic Shoujo like me. But for those that do this is anime that you cannot miss. 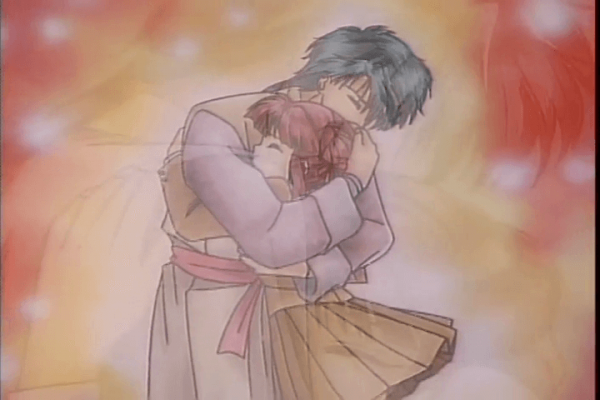 Do I need to watch Code Geass Akito the Exiled? You might be asking the same question yourself. Well, in this article I break the OVA down so you can decide.

Don’t Be Sad That It’s Over Be Happy That It Happened. K-On Season 2 Review

K-ON Season 2 is the second and concluding series. How does this season compare to the first and what should you expect? Read on to find out.

Get The Rundown #13 Code Geass: Lelouch of the Re;surrection

As a fan, I have waited over 10 years for a "sequel" and Lelouch of the Resurrection is the film we got. Let's find out how the film was and if Code Geass Fans should give it a watch.

Welcome to MyMediaChops a blog created by a lifelong passionate anime fan. I love to write about my favorite anime including Gungrave, Code Geass, Fullmetal Alchemist Brotherhood, Bleach, and so many others.